A residents survey was conducted over three weeks in February to March.  We received 315 returns representing 23% of the parish population.

Which of the following Stogursey facilities do you use? 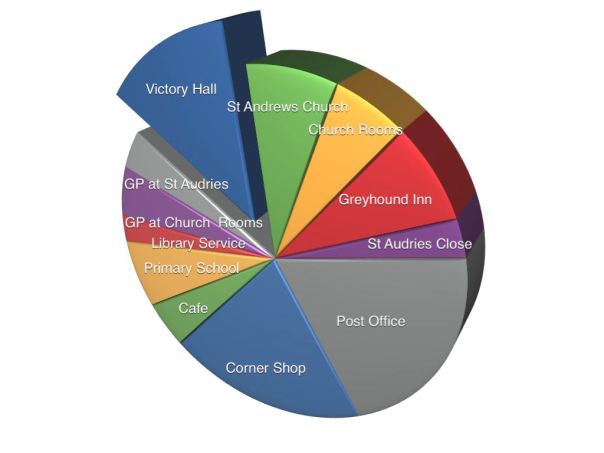 The chart shows those who answered that they use each service either often or sometimes. Aside from the post office and shop, the Victory Hall has the highest level of use.  Babbling Brook was missed from the list but mentioned by many.

Do you access any of the following activities currently on offer at Stogursey Victory Hall? 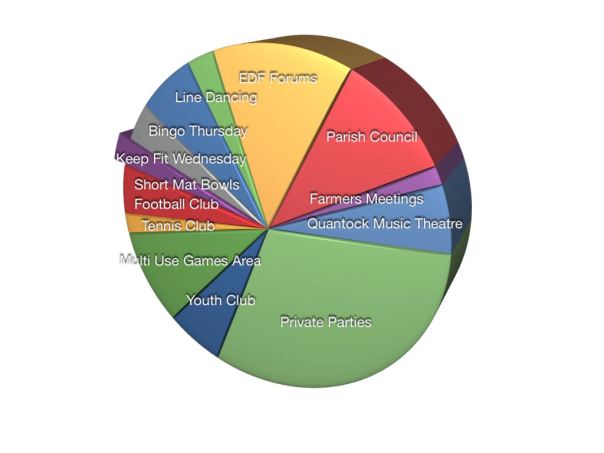 The graph shows those respondents who said they use the Victory Hall either regularly or sometimes for each activity as opposed to those who said they never access the activity.  Private parties is the most popular use followed by EDF forums, sports on the MUGA and attending Parish Council meetings.

What other activities would you like to be available on the Victory Hall site or elsewhere in Stogursey? 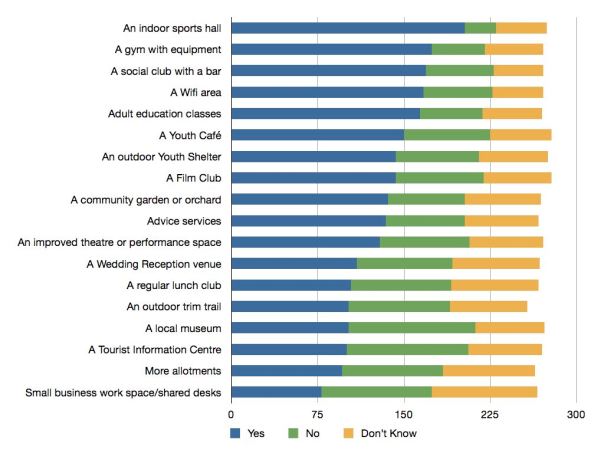 The most popular requests were for an indoor sports hall, a gym, a social club, wifi and adult education.

The activities which attracted the most ‘No’ responses were the museum, tourist information, small business space, allotments and outdoor trim trail.